Strawberry Pretzel Salad is an iconic three layer jello salad that was first made popular in the Midwest area of the United States.

May was National Strawberry Month. Yes, there is a whole month devoted to celebrating the goodness of fresh and delicious strawberries! Hopefully you celebrated by eating as many strawberries as possible. And strawberry season lasts into early summer, so you can make your strawberry recipes in June and July too. Make a Strawberry Pretzel Salad for a summer barbecue, and then serve Chocolate Covered Strawberries or Strawberry Ice Cream for dessert! Share your love of strawberries on social media by using the hashtag #ilovestrawberries and #RecipesForHolidays.

The History of Strawberries:

Small, wild strawberries were common in ancient times. In 234 BC, they were mentioned in Roman writings as use for medicinal purposes.

The French began experimenting with planting wild strawberries in gardens in the 1300’s.

Strawberries with cream was considered a luxurious dessert in the early 19th century.

How to make Strawberry Pretzel Salad:

Make the first layer- the crust. Pulse stick pretzels and sugar in a food processor until they turn into crumbs. Combine with melted butter, and then press the pretzel crust into the bottom of a pan.

Add the 2nd layer of the Strawberry Pretzel Salad. It’s a combination of cream cheese, sugar and heavy cream. Spread it on top of the pretzel crust.

The final layer is the strawberry layer. Some strawberries are pureed in the food processor, while others are sliced and set aside. The pureed strawberries are pushed through a sieve to get rid of the seeds. The the puree is combined with sugar and salt and simmered until the sugar dissolves. The pureed mixture is combined with gelatin and the sliced strawberries, and then it’s refrigerated for a while before adding it as the third layer of the Strawberry Pretzel Salad.

The salad needs time to set- at least 4 hours and preferably much longer.

Once set, your Strawberry Pretzel Salad can be cut neatly into slices and served. This is a great recipe to serve at a summer barbecue, and it’s perfect to bring as a potluck dish too. Enjoy!

This recipe comes from the fabulous cookbook: The Complete Cook’s Country TV Show Cookbook- Season 12. This book is full of tried, tested and true recipes from the folks at America’s Test Kitchen. If you are looking for some great new recipes, this is the book to add to your cookbook shelf.

Preheat the oven to 400 degrees F. Spray a 9x13-inch pan with nonstick spray.

Make the crust:
Pulse pretzels and ¼ cup sugar in a food processor until coarsely ground. Add the melted butter and pulse until combined. Transfer the pretzel mixture to the prepared pan. Using the bottom of a measuring cup, press the crumbs into the bottom of the pan. Bake about 10 minutes, until the crust starts to brown. Set aside to cool for about 20 minutes.

Make the 2nd layer:
In a medium bowl, use an electric mixer at medium speed to combine the cream cheese and sugar until light and fluffy. Increase the speed to medium-high and slowly mix in the cream. Continue to beat until soft peaks form, scraping down the bowl as needed. Spread the whipped cream cheese evenly over the cooled crust. Refrigerate until set- about 45 minutes.

Put the cold water in a large bowl and sprinkle the gelatin on top. Let the gelatin soften for about 5 minutes. Whisk the puree into the gelatin. Stir in the sliced strawberries. Refrigerate for about 30 minutes- until the gelatin thickens slightly.

Carefully pour the gelatin over the whipped cream layer and spread to cover evenly. Refrigerate the salad until the gelatin is fully set- 4 hours or up to 24 hours- before cutting and serving. 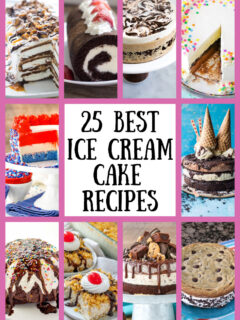 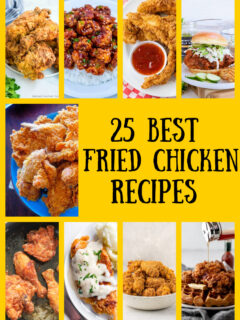