This Ambrosia recipe will bring you back to the 1950’s in a heartbeat. Remember that creamy salad packed with canned fruits, coconut, marshmallows and nuts? That’s ambrosia salad!

December 12th is National Ambrosia Day! Since Ambrosia is a classic 1950’s salad, there aren’t many places where you can pick it up for purchase unless you’ve got a good, old-fashioned deli around town. It’s very easy to make it at home, so that’s what you should do. This Ambrosia recipe has basic ingredients, and it will remind you of days long ago! Be sure to follow my December Food Holidays page so you don’t miss a food holiday in the month of December.

The History of Ambrosia:

Ambrosia began surfacing in the United States in the 1800’s. The earliest reference to ambrosia was in the 1867 cookbook Dixie Cookery by Marie Massey Barringer.

The once hard-to-find ingredients were considered luxurious and exotic. So it made sense that it was known as a treat to make for holidays and special occasions.

In the late 1920’s, marshmallows were introduced to this “salad.” Many argue whether ambrosia is a salad or a dessert. It contains a good deal of fruit, but there is plenty of sweet stuff added in too!

It was a very popular side dish in the early to mid 1900’s. As the decades have progressed, the popularity of ambrosia has subsided. It’s still around today, but it’s not quite as common to see it on holiday dinner tables or at potlucks.

How to make Ambrosia:

Cover and refrigerate the ambrosia for at least 30 minutes before serving.

Display as a salad where everyone can help themselves. Or spoon the ambrosia into individual serving dishes. 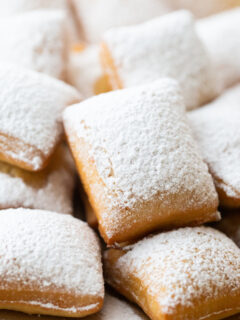 Previous
How to make Beignets 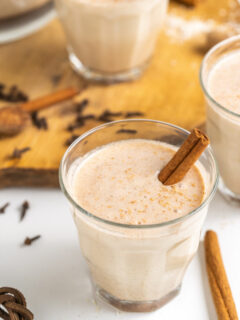