This Coquito Recipe is one that you might like to try during the holiday season! It’s a traditional Christmas drink that originated in Puerto Rico. Coquito is an alcohol-based beverage similar to eggnog. It’s sometimes referred to as “Puerto Rican Eggnog.”

December 21 is National Coquito Day! Celebrate by making some homemade, using our easy coquito recipe (print it out at the end of this post!) You could always make some coquito cupcakes, and bake eggnog cookies to serve too! Be sure to check out my December Food Holidays page so you can follow all the food holidays in the month of December!

The History of Coquito:

The exact origin of the creation of the coquito recipe is not know. But it’s believe that that Spanish may have created this cocktail when visiting Puerto Rico during colonial times. They may have combined their version of eggnog with Puerto Rican Rum and coconut to create something similar to what we now know as the coquito. Drinks similar to coquito are found all over the Caribbean.

As Puerto Ricans have migrated to the mainland United States, coquitos have made their way into the U.S. too. Now you might spot coquito alongside eggnog in some of your local markets!

How to make this Coquito recipe:

This recipe couldn’t be much easier to make. Add all ingredients to a blender. Blend until well mixed and frothy. Pour into a pitcher, and refrigerate for a couple of hours.

The mixture will be frothy and wonderful when you put it in the refrigerator. It might separate a little while chilling. Give it a vigorous stir before serving.

Serve in glasses, and grate a little fresh nutmeg on top.

Garnish with cinnamon sticks, if desired. This is a rich cocktail, so be sure to serve it in smaller glasses for sipping. Enjoy!

Add all ingredients to a large blender and process until well mixed.

Serve chilled, over ice if desired, topped with a cinnamon stick or sprinkle of freshly-grated nutmeg.

This drink will thicken as it chills. Make sure to stir it before serving.

Nutritional information is estimated using a nutritional calculator. It's not likely to be 100% accurate. 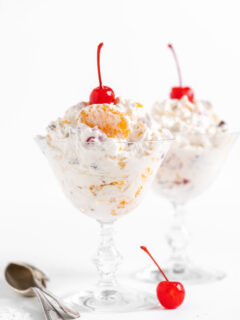 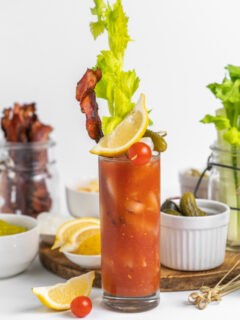