April 26th is National Pretzel Day. Celebrate by eating pretzels! You can grab a bag of pretzels, of course, but it’s infinitely more fun to make some homemade pretzels. Try making Soft Pretzel Bites with Cheese Sauce, Classic Homemade Soft Pretzels or these Cinnamon Sugar Soft Pretzels. Use the hashtag #NationalPretzelDay or #PretzelDay, along with #RecipesForHolidays to share your pretzel celebration on social media.

The History of Pretzels:

One story says the pretzel could have been invented by an Italian monk in the year 610 A.D. To reward young children for learning their prayers, he supposedly folded strips of leftover bread dough to resemble the crossed arms of praying children and baked them as snacks. The name pretzel comes from the word “pretiola” or “little rewards.” It’s not known if this story is true, but most people agree that pretzels do have Christian origins. Pretzels eventually became associated with Lent because a simple recipe of flour and water made them a Lent-appropriate food since many foods need to be avoided during Lent.

Pretzels were part of wedding celebrations in the 16th century. The bride and groom would make a wish, break the pretzel and then each eat half of the pretzel to solidify their union.

Soft pretzels were introduced to America in the 19th century by German and Swiss Immigrants- many of whom settled in Pennsylvania. Hard pretzels were manufactured starting in 1850. Tell City, Indiana is a popular place to get hard pretzels in America. In 1858, a Swiss baker named Casper Gloor settled here and became famous for his pretzels, which came from a secret Swiss recipe. Today, Tell City Pretzels attracts people from all over the world who want to try their pretzels.

In 1935, the first automated pretzel machine was invented (turning out 250 pretzels per minute). Philadelphia is now the biggest city to produce pretzels in the United States, making 80% of the pretzels in America. There are about 45 pretzel companies in the state of Pennsylvania! Pretzels are a popular snack food selling more than 550 million per year.

Combine yeast, warm water, sugar, flour and salt. Knead until smooth. Then put the dough in a greased bowl, cover it with plastic wrap or a clean dish towel and list it rise for 30 minutes. Divide the dough into 8 equal pieces. Roll each piece into a 24-inch rope.

Form the ropes as show above to create pretzel shapes.

Submerge the shaped pretzels in water that has been mixed with baking soda, sprinkle with salt, and then let them rest on a baking sheet for 5 or 10 minutes. Bake the pretzels until golden brown- 12 to 15 minutes.

At this point, you can eat the pretzels plain and dipped in butter! But to make them Cinnamon Sugar Soft Pretzels, it’s time to coat them. Dip in butter, and then roll in cinnamon and sugar.

Lay the pretzels on a cooling rack to give the coating a chance to soak in.

And then your Cinnamon Sugar Soft Pretzels are ready to serve! These are best when eaten the same day. If saving them for a day or two, keep them in a sealed container or a large zip baggie. Enjoy!

In a large bowl, combine the yeast, warm water and sugar. Add in the flour and salt and knead until smooth (you can use your hands, or you can use a stand mixer with a dough hook for this part).

Grease a second bowl with nonstick cooking spray and place the dough into the bowl. Cover with greased plastic wrap or a clean dish towel and let rise for 30 minutes in a warm place.

Divide the dough into 8 equal parts. Roll each part into a rope about 24 to 26 inches long and form into a pretzel shape (follow the photos in the post to see how to shape the pretzels).

In a shallow bowl, combine water and baking soda. Submerge each pretzel in the water and then place on the prepared baking sheets. Sprinkle with salt. Let the pretzels rest for 5 to 10 minutes.

Bake 12 to 15 minutes, or until golden brown. Move the pretzels to a cooling rack.

Nutritional information is computed using a nutritional calculator. It is not likely to be 100% accurate. 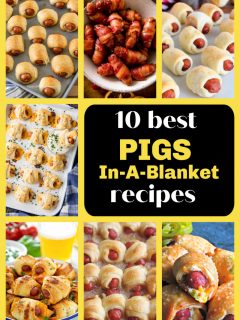 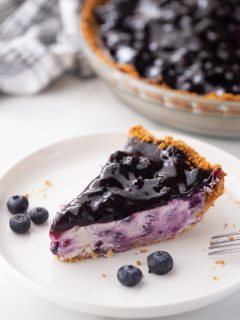 Can you make the pretzel dough and freeze it before the rise of the dough and do a slow rise in the refrigerator before shaping into pretzels?