Hamantaschen are triangular-filled cookies usually associated with the Jewish holiday of Purim. Popular fillings for Hamantaschen include poppyseed, prune, date, apricot and chocolate.

Purim falls on the 14th day of Adar on the Hebrew calendar. Purim is celebrated by Jews all over the world, but it’s one of the most widely celebrated festivals in Israel. As far as holiday cookies go, Hamantaschen are the most popular cookies sold in Israel in the weeks leading up to the celebration of Purim.

Purim commemorates the time when Jewish people living in Persia with saved from extermination by the courage of a young Jewish woman named Esther. Read about the whole story of Purim.

The history of Hamantaschen:

Prune Hamantaschen was invented by David Brandeis in 1731. A family in his city bought Hamantaschen from him, and the patriarch in the family coincidentally died a few days later. The family blamed it on Brandeis, and he was imprisoned for selling poisonous food. The charges were eventually dropped, and he was released 4 days before Purim. The Jews from his city celebrated by eating Hamantaschen.

How to make prune filling for Hamantaschen:

You will need a food processor to make the filling. Add prunes to the bowl of your food processor and process. Then add in walnuts, sugar and orange zest. Process until smooth. This will be the filling for your Hamantaschen cookies.

How to make Hamantaschen:

You’ll make a pretty standard cream cheese cookie dough, and then refrigerate it for about an hour until it has firmed up slightly. Then you’ll roll out the dough and cut circles out of the dough.

Place the cookie dough circles on a parchment-lined baking sheet and put a teaspoon of filling in the middle of each circle. Then rub egg wash around the edge of each circle. Fold three sides of the circle over the filling to form a triangle and pinch the corners together. Leave the center of the triangle open to expose the filling.

Bake the Hamantaschen for about 15 minutes- until the cookies are lightly browned on the edges. Let cool, then transfer them to a rack to cool completely.

In a medium bowl, whisk together the flour, baking powder and salt.

In a separate bowl, use an electric mixer to combine the butter, cream cheese and sugar until light and creamy. Beat in the egg and vanilla. Add the dry ingredients, one cup at a
time, mixing at low speed until all of the flour is incorporated. Wrap the bowl with plastic wrap and refrigerate for about an hour.

Add the prunes to a food processor and process. Add the nuts, sugar, and orange zest and pulse to combine.

On a floured surface, roll out the dough to ¼-inch thickness. With a  3-inch round cookie cutter or the rim of a glass, cut out circles and arrange 2 ½-inches apart on the prepared baking sheets. Place a heaping teaspoon of filling in the center of each circle. With a pastry brush or your fingers, brush the egg mixture around the edge of each circle. Gently fold three sides of each dough circle over the filling to form a triangle and pinch the corners together, leaving the center of the triangle open to show the filling.

Bake one sheet at a time for 13 to 16 minutes, or until the cookies are slightly browned around the edges. Let cool on the baking sheets for a few minutes, then transfer them to a wire rack to cool completely. 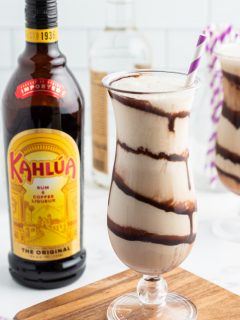