How to Make Southern Sweet Tea

Sweet tea is brewed tea (usually served iced) with added sugar, simple syrup or artificial sweetener. Here we are showing you how to make Southern Sweet Tea, which is an important regional staple of the southern part of the United States.

August 21st is National Sweet Tea Day! Pour yourself a tall glass of sweet tea to celebrate. And if you don’t know how to make your own, then follow this recipe for how to make southern sweet tea. Share a photo of your beverage on social media today by using the hashtag #NationalSweetTeaDay, #SweetTeaDay and #RecipesForHolidays.

The History of Sweet Tea:

Sweet Iced tea began as a drink of luxury since you needed three basic ingredients (sugar, tea and ice) that were expensive in order to make it. The oldest known recipe for sweet iced tea was published in a community cookbook called Housekeeping in Old Virginia (copyright 1878) by Marion Cabell Tyree. That recipe called for using green tea, which was common at the time.

Sir Thomas Lipton began growing tea in Sri Lanka, and packaged it into paper packages to sell at an affordable price. In 1893, he sold 1 million packets of tea at the World’s Fair in Chicago.

At the World’s Fair in 1904 in St. Louis, iced tea was popularized and commercialized. Also in 1904, New York City tea importer Thomas Sullivan introduced the small cloth bags that are used to brew tea today.

In the early 1900’s, teaspoons and tall glasses were developed specifically for iced tea drinking.

During prohibition, Americans searched for alternatives to illegal alcoholic beverages leading to an increase in the popularity of iced tea. During WWII, green tea wasn’t imported from Japan. So black tea from British India became much more common.

In 1998, Snapple introduced a lemon iced tea flavor that boosted sales. Deans, Honest T, Arizona and Pure Leaf are just a few more iced tea brands that have been introduced over the years.

Along with fried chicken and lemon chess pie, sweet tea is now a beloved staple of the Southern states of the United States. It’s also popular in Indonesia.

How to make Southern Sweet Tea:

Begin by making simple syrup (the sweetener for this sweet tea). Combine sugar and water and boil until the sugar has dissolved. Cool, pour into a container and refrigerate.

In a large saucepan, bring 4 cups of water to a boil. Remove from heat and add 8 black tea bags to the hot water along with a small amount of baking soda. The baking soda will reduce the bitter flavor of the tea. Let the tea steep for 10 minutes. Then remove the tea bags and stir in the simple syrup.

Pour the brewed, sweetened tea into a pitcher and add 4 more cups of water. Additional water can be added, to taste.

Pour the sweet tea over ice in a tall glass. Garnish with lemon and fresh mint. Now that you know how to make southern sweet tea, you can make it often and keep it chilled in your refrigerator to enjoy on a hot summer day!

This recipe comes from The Southern Entertainer’s Cookbook. This is a book by Southern entertaining expert Courtney Dial Whitmore. This book is full of traditional southern recipes. Favorite recipes for Shrimp and Grits, Ambrosia Salad, Buttermilk Fried Chicken, Crispy Fried Okra, Classic Southern Biscuits, Creamy Pecan Pralines, Banana Pudding, Sweet Potato Pie, Watermelon Mint Juleps and this Southern Sweet Tea are included in the book, along with so many more.

In a small saucepan, heat the sugar and water and bring to a boil; stir until the sugar dissolves and forms the simple syrup. Remove from heat, allow to cool, pour into a container and refrigerate until chilled.

In a large saucepan, bring 1 quart (4 cups) of water to a boil. Once boiling, remove from heat and add the tea bags and baking soda. Allow to steep for 8 to 10 minutes. Remove the tea bags and discard. Stir in the simple syrup. Pour the tea into a large pitcher, and stir in the remaining 4 cups of water. Serve tea over ice, garnished with lemon slices and mint.

*Create your own sweet tea flavor varieties by infusing with fresh fruit slices, such as peaches, pineapple or strawberries.

Nutritional information has been figured using a nutrition calculator. It's not likely to be 100% accurate. 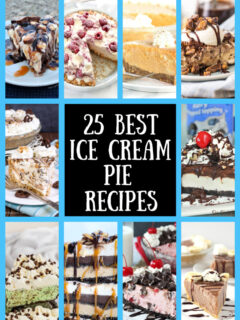 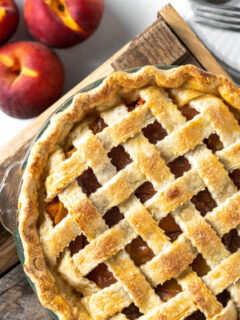