50 Best Bacon Recipes for All Meals of the Day

Check out the 50 Best Bacon Recipes for All Meals of the Day. You’ll find bacon breakfast recipes, bacon lunch recipes, bacon appetizers, bacon dinner recipes and bacon desserts. There’s a little something for everyone!

December 30th is National Bacon Day! Celebration with bacon. There are many, many things you can make with bacon (see the 50 best bacon recipes for all meals of the day below), or you can make bacon at home or order it in a restaurant.

Be sure to check out my December Food Holidays page so you never miss a food holiday in the month of December.

The History of Bacon

The earliest form of bacon goes back as far as 1500BC when the Chinese were curing pork bellies with salt. Ancient Romans also had a type of bacon that came from the pig’s shoulder. Anglo-Saxons consumed a lot of bacon-like food during the Middle Ages. The process of curing meats gradually spread in popularity throughout Europe. Bacon traveled well and was a good source of protein. The curing process meant that no refrigeration was needed.

Bacon came to the U.S. in the mid 1500’s when Hernando de Soto of Spain brought 13 domestic pigs on his voyage to North America. In three years, 13 pigs turned into 700 pigs.

The word “bacon” was used starting in the 17th century to refer to salted/smoked pork belly. The word comes from older French and German words meaning “the back of a pig.”

In 1770, the 1st bacon curing facility opened in Wiltshire, England. The English also identified and bred specific types of pigs to create the best bacon.

The type of sliced bacon that we eat today in the U.S. was patented in 1924 by Oscar Mayer.

A bacon craze emerged in the early 2000’s, which brought about things like chocolate covered bacon and bacon jam.

Obviously, bacon is thought of most as the food eaten at breakfast. So it should be noted that it can be served so many different ways. If you’re a bacon lover, then you’re going to want to try all of these awesome breakfast recipes that feature bacon in a big way.

Adding bacon to sandwiches was the best idea ever. Maybe bacon transitioned to lunch since it borders so closely with breakfast… who knows? But whoever decided that bacon belongs in a sandwich belongs in the bacon lover Hall of Fame. You’ll want to try all of these amazing lunch recipes for bacon lovers.

Why do the bacon-heavy appetizers go first at a party? Because everyone is a bacon lover! Try some of these amazing appetizer recipes for bacon lovers at your next gathering, and you’ll be viewed as the best host ever!

When you get to have bacon for dinner too, I’d say that’s a major bonus. Bacon can wrap just about anything and make it wonderful. And the addition of crispy, cooked bacon to any dish is just a great idea too. Check out these amazing dinner recipes for bacon lovers, and bookmark your favorites!

The ending to a perfect day can involve bacon when it’s included in your dessert! It turns out that savory bacon is wonderful in cakes, cookies, brownies and other sweet treats. What a wonderful discovery. I think you’ll be intrigued with these amazing dessert recipes for bacon lovers! 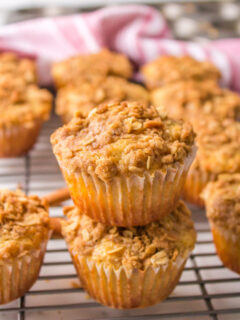 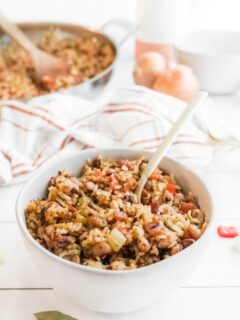