Posted on Published: May 8, 2021 Categories Pie

Coconut Cream Pie is a creamy pie full of delicious coconut flavor with whipped cream and toasted coconut on top.

May 8th is National Coconut Cream Pie Day! Celebrate by eating pie! Bake your own coconut cream pie, or go to your favorite pie-serving establishment and order it there. You can even make coconut cream pie cupcakes! Celebrate your pie by sharing a photo of it on social media using the hashtag #NationalCoconutCreamPieDay or #CoconutCreamPieDay and #RecipesForHolidays. Be sure to follow all of the food holidays in May by following my May Food Holidays calendar.

The History of Coconuts and Coconut Cream Pie:

Coconuts date back to 3000-1500 BCE. They were not introduced to the Western world until the 1500’s when Portuguese explorers transported them from their travels through tropical islands in the Indian ocean. The coconut got its name from European explorers who called it “coco,” which means hobgoblin, because the three dots on the shell looked like a spooky face.

As far as Coconut Cream Pie goes, here’s the story. A Philadelphia businessman received a shipment of coconut from a Cuban business colleague. He capitalized on this by shredding and drying the coconut meat and selling it to the general public. Bakers were happy to experiment with this new ingredient. Recipes for coconut cream pie began appearing in American cookbooks around 1895.

How to make Coconut Cream Pie:

This pie starts with an easy-to-make crust. There is not rolling involved at all. It’s a cream cheese crust that is pressed into the pie plate and baked. A pre-made crust from the market can be substituted.

In a saucepan, heat the milk, sugar, cornstarch, vanilla and salt. Heat until thickened. Then slowly combine half of the hot milk mixture with 4 egg yolks to temper the eggs (bring them to a warm temperature without cooking them!) Then pour the warmed egg mixture into the saucepan with the rest of the hot milk and cook until thickened. That mixture is then combined with coconut milk, shredded coconut and butter. The butter will melt, and the custard filling will be nice and smooth. Pour this into the baked pie crust. Place plastic wrap right on top of the surface of the pie and refrigerate for 8 hours, or overnight.

How to toast coconut:

Preheat oven to 375 degrees F. Place the coconut on a sheet pan, spreading it evenly, and toast in the oven for 5 minutes, until evenly browned. Let cool.

How to whip cream:

In a large bowl, use an electric mixer to whip the cream, powdered sugar and vanilla until stiff peaks form.

Spread the whipped cream over the surface of the pie. Sprinkle toasted coconut on top.

Refrigerate your coconut cream pie until ready to serve. You’ll get cleaner slices if it’s nice and chilled.

This recipe was adapted from a recipe in the Easy as Pie cookbook by Saura Maddani. The filling of this coconut cream pie comes directly from the book, and the crust is my favorite, easy, no-rolling-needed crust recipe.

Preheat the oven to 450 degrees F. In a large bowl, use an electric mixer to combine the shortening and cream cheese on medium speed until fluffy. Beat in the flour and salt until a dough forms. Place it in a 9-inch pie plate and press the pie dough into the pie plate and up the sides. Bake 9 to 11 minutes, or until the crust is golden or lightly browned. Remove from the oven and let cool.

Place the egg yolks in a medium bowl and set aside.

In another medium bowl, combine the coconut milk, shredded coconut and butter.

In a small saucepan over medium-heat, whisk together the milk, sugar, cornstarch, vanilla and salt until dissolved. Cook, whisking, until the mixture begins to thicken and the milk is hot to the touch, then temper the eggs by very slowly pouring half of the hot mixture into the yolks, whisking continuously to raise the temperature of the yolks without them curdling. Return the mixture to the saucepan and continue to cook, whisking until very thick. Remove from heat, pour the custard into the bowl with the coconut mixture, and whisk until the butter has melted and the custard is smooth.

Pour the filling into the baked pie crust and place a piece of plastic wrap directly onto the custard. Place the pie in the refrigerator for 8 hours or overnight.

Toast the coconut: Preheat oven to 375 degrees F. Place the coconut on a sheet pan, spreading it evenly, and toast in the oven for 5 minutes, until evenly browned. Let cool.

Make the whipped cream: In a large bowl, use an electric mixer to whip the cream, powdered sugar and vanilla until stiff peaks form.

Spread the whipped cream over the surface of the pie. Sprinkle toasted coconut on top.

Nutritional information is estimated using a nutrition calculator and may not be 100% accurate. 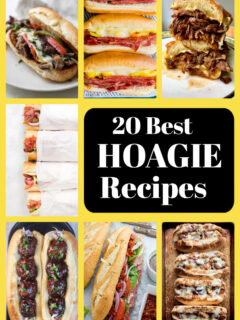 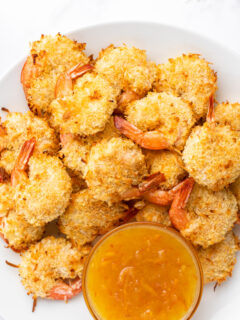