Fried pickles are the ultimate comfort food dipped in a little bit of ranch dressing. This is my friend Ree Drummond’s (The Pioneer Woman) best fried pickle recipe!

November 14th is National Pickle Appreciation Day! This is a day that we can celebrate pickles of all kinds! I recommend to take the day to make some fried pickles. You can also just eat a pickle and appreciate it! Share your pickles on social media today using the hashtag #NationalPickleAppreciationDay, #PickleAppreciationDay and #RecipesForHolidays. Be sure to check out our November Food Holidays page so you can follow all the food holidays in the month of November!

The History of Pickles:

Throughout history, pickling has been a necessary way to preserve food (traveling across the ocean, long winters, etc.)

We know that more than 4,000 years ago, ancient Mesopotamians began soaking cucumbers in an acidic brine to preserve them.

Pickles were one of Cleopatra’s secrets for maintaining beauty and health. Julius Caesar and other Roman leaders gave their soldiers pickles to eat for strength.

Pickles were first brought to America by Christopher Columbus.

HEINZ company started making dill pickles in the 1860’s, and introduced the world to the first ever sweet pickles in 1876.

During World War II, the United States government rationed pickles. 40% of the pickles produced at that time went to the armed forces.

How to make Fried Pickles:

Stir flour and spices together in one bowl. In a second bowl, whisk together buttermilk and egg.

Heat oil in a pan. Use vegetable or canola oil. It’s easiest to have a deep fry thermometer handy so you can keep an eye on the temperature. You want the oil to reach 375 degrees.

Lay the pickles on a paper towel to drain and dry out. Dip a few pickles at a time in batter and then toss them in the flour mixture.

Fry pickles for just about 2 minutes, until golden and crispy. Remove with a slotted spoon and put them on a paper towel-lined plate to drain. Repeat with batches of the remaining pickles and batter.

Serve fried pickles with ranch dressing for dipping. Or if you have another favorite dipping sauce, it’s okay to use that too!

Heat an inch or so of vegetable or canola oil in a heavy saucepan until a deep-fry thermometer registers 375˚.

Place ¼ of the pickle slices in the buttermilk mixture and gently stir with a fork to coat.  Using a slotted spoon, drain the pickles well, place them in the flour mixture and toss to combine. Add the pickles to the pan with hot oil and fry until golden brown and crispy, about 2 minutes. Use a slotted spoon to transfer the pickles to a paper towel-lined plate. Repeat with the remaining 3 batches of pickles. Serve immediately with ranch dressing for dipping. 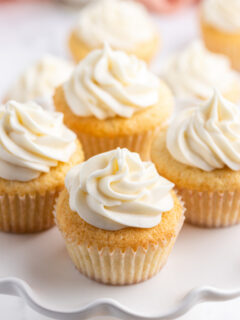 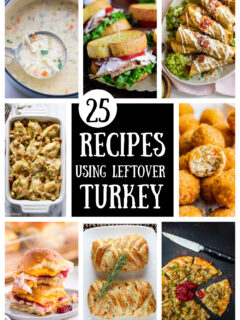