Posted on Published: May 5, 2021 Categories Sandwiches

The best sandwiches are hoagies, so discovering the 20 Best Recipes for Hoagies is quite a find! Here you’ll find classic Italian hoagies, beef and steak hoagies, pork hoagies, ham and cheese hoagies, vegetarian hoagies and more. Bookmark your favorites to make when the craving for a hoagie strikes!

What is a Hoagie?

A hoagie is a large sandwich filled with Italian meats, cheeses and other toppings made on a crisp roll. Italian dressing is often added to the sandwich.

May 5th is National Hoagie Day. Celebrate by making your favorite Hoagie sandwich from this collection of the 20 best recipes for hoagies. Or visit your favorite sandwich shop today and order one there. Share your hoagie on social media today using the hashtag #NationalHoagieDay, #HoagieDay and #RecipesForHolidays.

The History of Hoagies:

Italians immigrating to the U.S. in the late 1800’s brought with them their favorite sandwich recipes. So it’s likely that they were the originators of what the hoagie is today.

The family of Italian immigrant Dominic Conti (1874-1954) claimed that he was the first to use the term “submarine sandwich.” Conti opened an Italian grocery store in New Jersey in 1910, where he sold traditional Italian sandwiches. Conti saw an exhibit on submarines and began calling his long-roll sandwiches submarine sandwiches since they resembled the shape of a submarine.

The name “hoagie” most likely came from the Philadelphia area during WWI, where Italian immigrants who worked at Hog Island shipyard began making sandwiches that were originally called “hoggies.”

Braised Beef and Provolone Hoagie by Dining with Kelly. Tender beef dripping in a savory sauce with melty provolone cheese on a buttered roll.

Barbecue Meatball Hoagies by Miss in the Kitchen. These hoagies are a hearty and delicious, family-friendly meal.

Chili Cheese Hoagies by Bobbi’s Kozy Kitchen. Sloppy Joe, Meatball Sub, and Chili, all got together and created this quick and easy hoagie.

Philly-Style Italian Hoagies by Baker by Nature. Made with the best hoagie rolls, fresh veggies, cherry pepper hoagie spread, and Italian hoagie meats, this sandwich is exploding with flavor!

Slow Cooker Italian Beef Hoagies by Savory Experiments. Pot roast is slow cooked with pepperoncini, then placed on a roll with melted cheese.

Sausage, Pepper and Onion Pizza Hoagies by Domestic Superhero. Just a handful of ingredients are needed to make these tasty sandwiches!

Baked Italian Hoagies by The Life Jolie. These easy-to-assemble hoagies are easy-baked in the oven.

Chicken and Sausage Hoagies by RecipeGirl. Sausage and chicken are cooked with a delicious sauce before adding to rolls and topping with cheese.

Pork and Melted Cheese Hoagies by RecipeGirl. A nice, hot sandwich recipe using pork instead of the usual beef.

Steak Hoagie with Peppers and Onions by Macheesmo. Sauteed peppers, sliced and seared steak, and a butter toasted bun.

Grilled Italian Hoagies by Girl Carnivore. In these hoagies, the cold cuts and veggies are grilled before stuffing them into an Italian roll.

Braised Pork Italian Hoagie by Garlic and Zest. Delicious, braised pork leftovers are the base of this amazing hoagie sandwich! 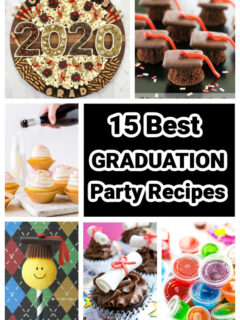 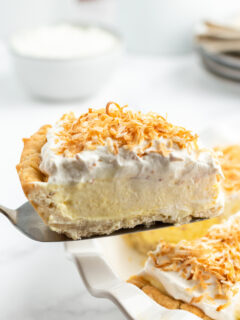