The History of Caramel:

Caramel is created using the process of caramelization (melting and browning sugar) and combining it with butter, vanilla and milk or cream. When was this process discovered? Sugar was melted and made into candies as early as 1650, but we don’t know if any of that candy was caramel. In the mid 1800’s candy makers began to add milk and fat to sugar and water, which resulted in caramel!

At the end of the 19th century, Milton Hershey created the first candy company called Lancaster Caramel Company. When he was looking for something to coat his caramels, he became very interested in chocolate. He then sold his candy company to American Caramel Company for 1 million dollars so he could start Hershey Candy Company. I think we all know what a great decision that was!

You’ll mix up the most delicious cinnamon cake batter with toasted pecans and scrape it into a 10-inch bundt pan. It bakes for about an hour.

How to toast pecans:

Before you bake the cake, scatter your pecans on a baking sheet and toast in the 350 degree oven for 5 to 10 minutes, until lightly browned and scented.

Let the cake cool in the pan for about 10 minutes, and then turn it out onto a cooling rack to cool completely.

How to make Caramel Glaze:

Brown sugar, butter and milk are simmered in a saucepan and brought to a boil for 3 minutes. This caramelized the sugar! Then you’ll whisk in powdered sugar, salt and vanilla to make the glaze.

The glaze is spooned over the cooled cake. I like to put it on a rack with wax paper underneath so the extra glaze has a place to go when it drips to the bottom of the cake. Then the mess is easy to clean up, and you won’t have a puddle of glaze at the bottom of your cake. Then you can take a spatula and transfer your Caramel Cinnamon Roll Bundt Cake to a serving platter or cake stand.

This recipe for Caramel Cinnamon Roll Bundt Cake comes from my all-time favorite cake cookbook: Piece of Cake. If you can get your hands on that book, you will bake so many cakes. Every cake I’ve baked from the book has been perfect!

In a large bowl, whisk together the flour, sugar, cinnamon, baking powder, salt and baking soda.

Spread the batter in the prepared pan.

Bake for about 60 minutes, or until a toothpick or skewer inserted into the center comes out clean with crumbs attached. Let cool on wire rack for 10 minutes, then invert the cake onto the rack to cool completely.

In a medium saucepan, combine the brown sugar, butter and milk. Cook over medium heat, stirring constantly, until the butter melts and the mixture is smooth. Increase the heat to medium-high and bring to a boil. Boil for 3 minutes, whisking constantly.

Transfer the brown sugar mixture to a medium heatproof bowl and whisk in the powdered sugar, salt and vanilla until blended and smooth. Gently stir with a wooden spoon for 3 to 5 minutes or until the mixture begins to cool and thickens slightly. Drizzle over the cooled cake. 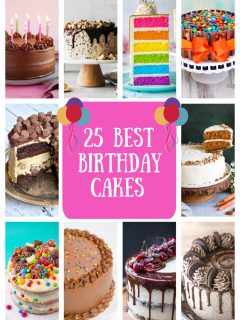 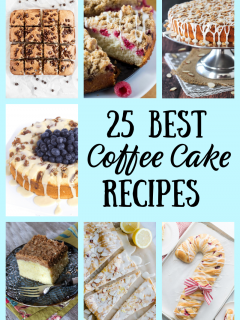 Followed directions to a Tee. Cake was a bit dry. Icing had lots of powdered sugar lumps. Next time I’m going to add something for a more moist cake and sift powder sugar.

Hmmm, not sure what happened!