Coca Cola Cake is an easy-to-make chocolate cake with a rich and decadent chocolate glaze drizzled on top.

National “Have a Coke” Day is on May 8th! This is a day to celebrate the iconic soda fountain drink: Coca Cola. The easy way to celebrate this day is to pour a Coca Cola into a glass and enjoy it. But how much fun would it be to make a Coca Cola Cake? You’ll be glad you did because it’s the most delicious chocolate cake recipe! Share your love of Coca Cola on social media today using the hashtags #NationalHaveACokeDay, #HaveACokeDay and #RecipesForHolidays.

Be sure to follow my May Food Holidays page so you never miss a food holiday in the month of May!

“Without a Coca Cola, life is unthinkable.”

The History of Coca Cola:

On May 8, 1886, Dr. John Pemberton sold the 1st glass of Coca Cola at Jacob’s Pharmacy in downtown Atlanta. He created a syrup that was added to carbonated water. It was sold for 5 cents per glass as a soda fountain drink.

The name “Coca Cola” stood for two ingredients in the beverage (coca leaves and kola nuts for caffeine). It was believed that the two “C’s” might look good in advertising for the product. 3.5 grams of cocaine (from the coca leaves) was in the original product. Eventually it was produced with cocaine-free coca leaf extract.

The first ad for Coca Cola appeared in The Atlanta Journal as “the new and popular soda fountain drink.”

In its first year, the pharmacy sold 9 drinks per day.

Pemberton never realized Coca Cola’s potential and began selling off his business to various people. Just prior to his death in 1888, he sold all remaining interest to Asa Candler, an Atlanta businessman.

In 1894, bottling of Coca Cola began. The bottles looked very different than the signature bottle of today, which is a contour-shaped bottle that was patented 100 years ago. Bottling allowed the bottles to be sold in stores instead of just ordering it at a fountain shop.

In 1971, “I’d like to buy the world a coke” was a song that was released in a commercial and in mainstream music. It was a popular song, and it is considered one of the best commercials of all time.

Today, Coca Cola is sold in every country in the world. 1.9 billion servings of Coca Cola products are sold worldwide every day.

How to make a Coca Cola Cake:

The full, printable recipe is at the end of this post. Preheat the oven to 350 degrees F. Spray a 9×13-inch pan with nonstick spray.In a large bowl, whisk together the flour and sugar.

In a medium saucepan, combine the marshmallows, butter, coca cola and cocoa powder. Heat over medium-high to boiling, and then pour the hot mixture over the flour and sugar. Stir to combine.

Scrape the batter into the prepared pan and spread to cover the bottom of the pan evenly. Bake for 40 minutes.

In a saucepan, heat the butter, cocoa powder and coca cola to boiling. Remove from heat and whisk in the powdered sugar and vanilla. Pour the frosting over the warm chocolate cake and spread to cover evenly.

Let the frosting cool completely before slicing. The frosting will not harden, but it will become a bit firm to the touch.

Slice and serve! The result is a chocolatey cake with the most amazing, rich frosting. Enjoy!

It turns out that soda pop is a popular ingredient in recipes. Consider trying Root Beer pulled pork, 7-Up pound cake or Dr. Pepper glazed ham.

In a saucepan, heat the butter, cocoa powder and coca cola to boiling. Remove from heat and whisk in the powdered sugar and vanilla. Pour the frosting over the warm chocolate cake and spread to cover evenly. Let cool completely before slicing. 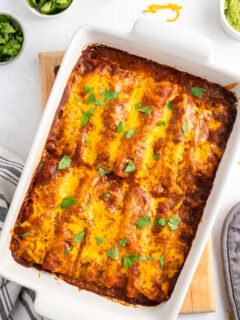 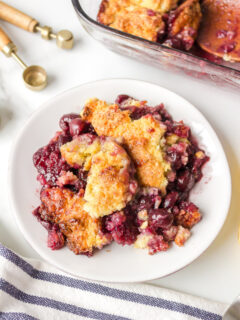 This is so yummy! My Mom who has passed, use to make this for us all the time!! I don't think she added marshmallows to hers though because I do not like them but maybe she did and did not tell me! It is the Best dessert and so very yummy and soft!!