How to make Potato Skins

Potato skins are a much-loved appetizer made of hollowed-out potato skins that are baked or fried until crisp. Then they are filled with cheese and broiled until the cheese has melted. Sour cream and bacon are traditionally added on top.

Potato Skins are a food that is commonly found on a Happy Hour menu. They’re also a popular food for Game Day or Super Bowl Sunday, just like my Queso Fundido!

Super Bowl is the annual championship game of the National Football League. Since 2004, the Super Bowl has been played every year on the 1st Sunday of February. It’s the 2nd largest day for U.S. food consumption, after Thanksgiving Day.

How to make Potato Skins:

Scrub your potatoes clean. Then rub olive oil onto the skin of the potatoes. Cut a slit in the top of each potato and bake until soft.

Then cut the potatoes in half lengthwise and scoop out the cooked potato. You’ll leave a 1/4-inch shell behind. Save the inside of the potato for another use. You’ll just need the skins for this recipe!

Then you’ll combine melted butter with a little grated Parmesan cheese and seasoned salt. That is brushed onto the skins, and the skins are baked again at a high heat (475 degrees) until crisp– about 8 minutes total.

Cheese and bacon are sprinkled inside the potato skins, and you will bake the skins again until the cheese is melted.

The final step is adding what you like on top. Sour cream and green onions (or chives) are a popular choice. You can also add a little guacamole or salsa, if that sounds good to you.

Potato Skins are meant to be eaten immediately. They’re such a tasty snack for any occasion! Serve them with Bacon Wrapped Tater Tots and a Jalapeño Popper Cheese Ball to help complete your menu! 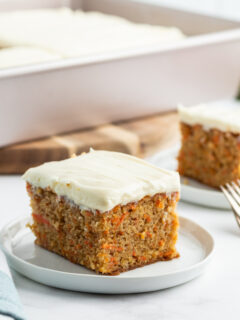 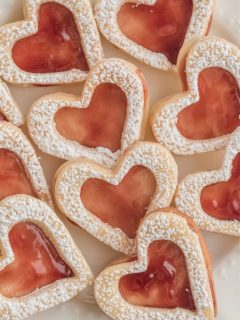 These look amazing. I want to make them now!